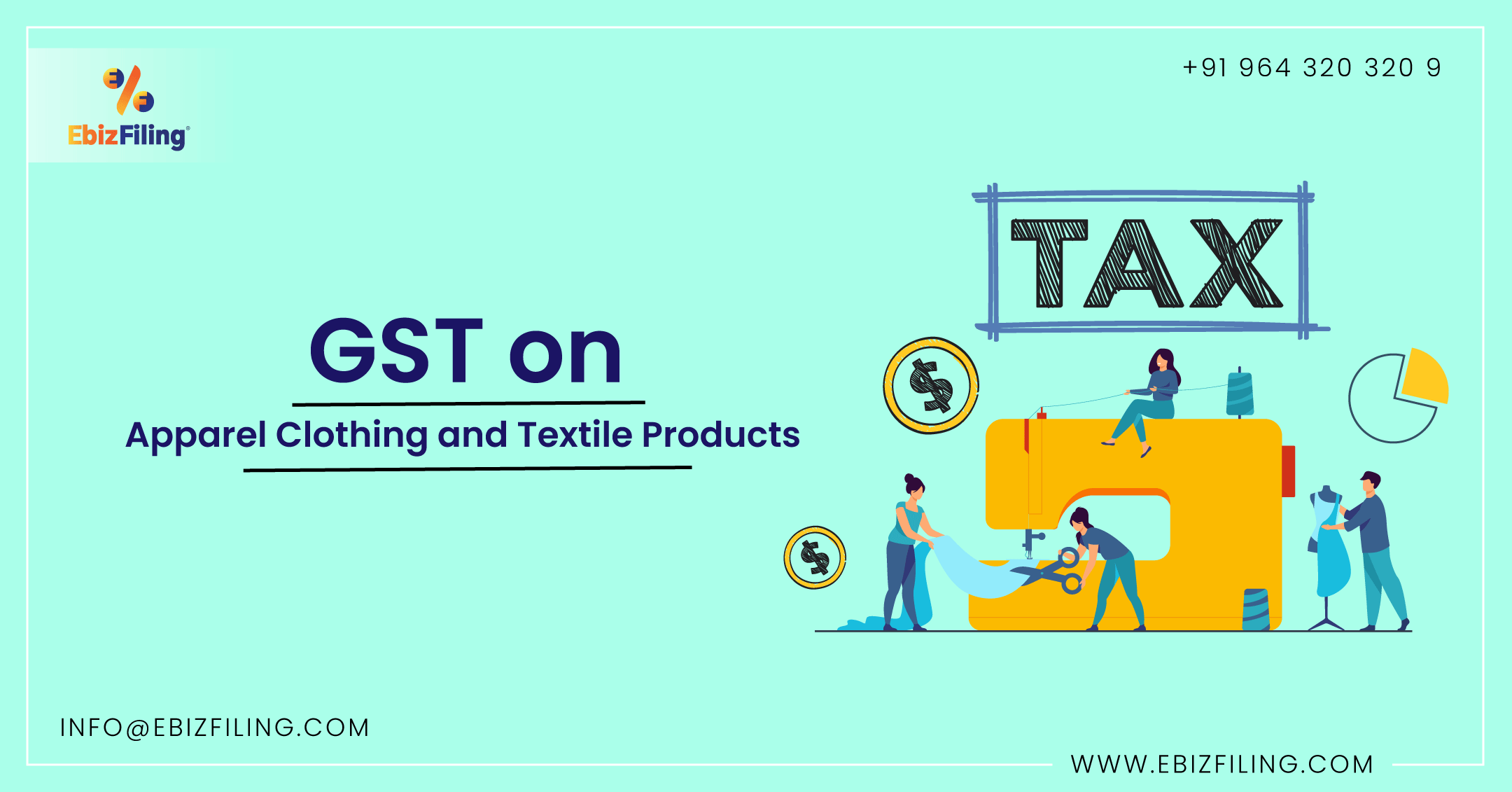 A complete guide on GST rate for Apparel, Clothing and Textile Products

All about GST rate for Apparel, Clothing, and Textile Products

In terms of GDP, employment, and export promotion, India’s apparel sector is one of the oldest and largest contributors to the country’s economic development. The textile sector, one of the country’s oldest manufacturing industries and the second largest after agriculture, employs both skilled and unskilled workers. As per the 45th GST (Goods and Service Tax) council meeting, the tax rate related to textiles and footwear will be implemented from 1 January 2022. In this blog information on “What is GST?”, GST rate for Apparel, Clothing, and Textile product is included.  Before moving towards the tax rate for Apparel, Clothing, and Textile products, Let’s understand “what is GST?”.

What is GST (Goods and Service Tax)?

The Goods and Service Tax (GST) is a consumption tax on products and services sold in the country. The tax is included in the final price and is paid by customers at the point of sale, with the proceeds going to the government.

The Goods and Service Tax (GST) on textiles has been raised from 5% to 12%. The goal of raising GST on textiles is to address the problem of inverted duty structures, which affect a small portion of the textile value chain.

The tax rate of raw materials is higher as compared to the finished goods, due to which the textile industry is not able to claim ITC (Input Tax Credit). To solve this issue the government has made certain changes in the tax rate which is implemented from January 2022.

Textiles (including synthetic yarn, woven fabrics, blankets, pile fabrics, tents, accessories such as serviettes or tablecloths,  tapestries, and rugs) have also seen their rates raised from 5% to 12%.

GST Rate on Apparel, and Clothing

Knitted clothes and apparel are covered by Chapter 61 of the HSN code. Chapter 62 of the HSN code covers non-knitted apparel and clothing. If the taxable value of the products does not exceed INR 1000 per piece, any piece of clothes or clothing would be taxed at 5% GST under both categories. All forms of clothes and clothing with a sale value greater than INR 1000 are subject to GST (Goods and Service Tax), according to Schedule II of Chapter 62.

If the price of the Footwear is below INR 500, then the tax rate for a product will be 5%.

A GST Rate of 18 percent applies to all other types of Footwear, as follows

To remedy the inverted duty structure, the Central Board of Indirect Taxes and Customs has issued a uniform goods and services tax rate of 12% GST (Goods and Service Tax) on textiles, clothes, and footwear. From January 1, 2022, the new rates will be in effect.