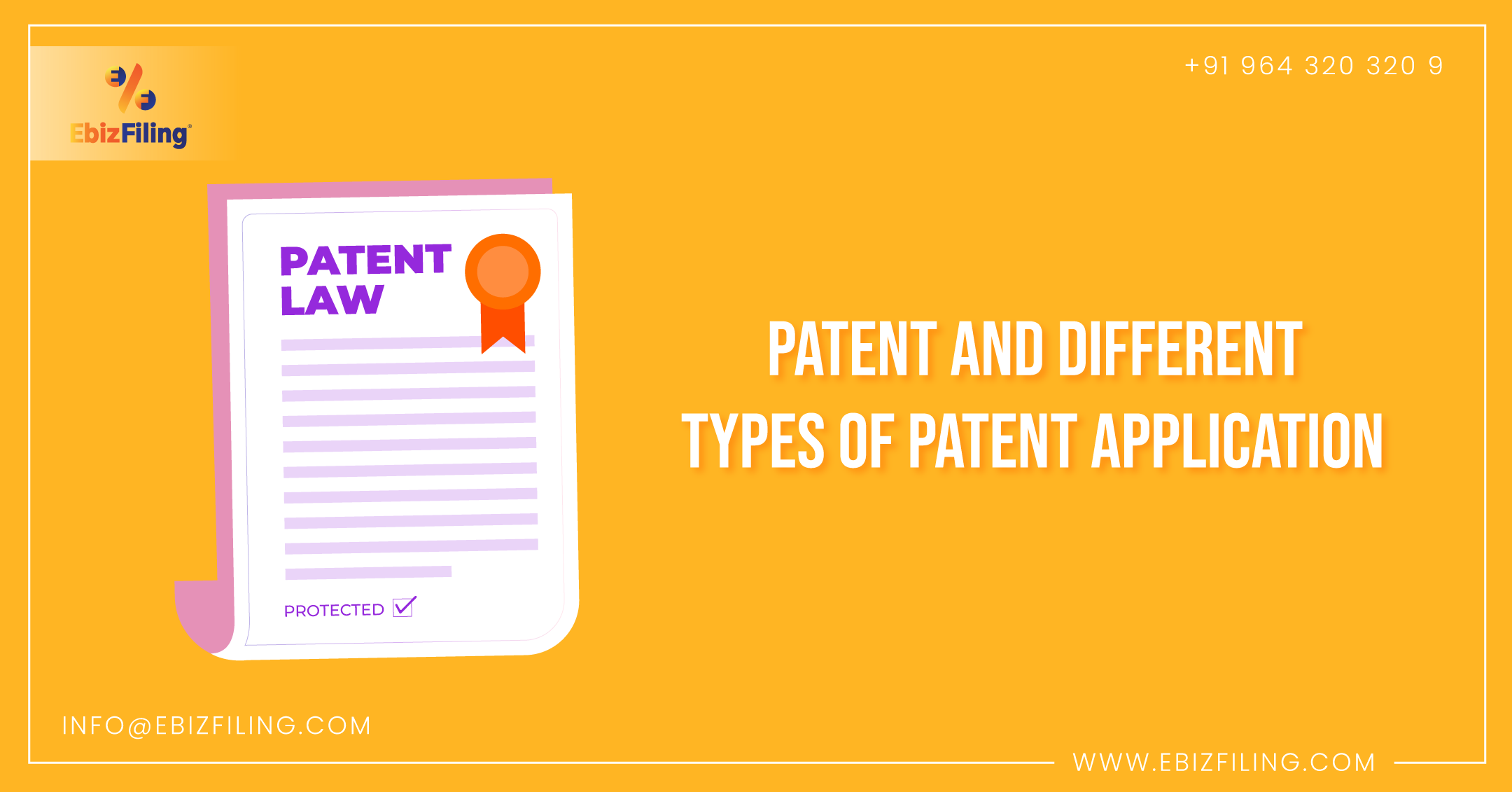 The Patents Act of 1970 and the Patent Rules of 2003 govern Patents in India. Patents are granted for a period of 20 years and are only valid within the specified geographical boundaries.

What is a Patent?

The term “Patent” refers to one of the pillars of Intellectual Property Rights (IPR), and it is a government-granted right that the inventor has over his or her idea. Furthermore, the term “right” refers to the power to sell, create, use, and import the product or process, as well as the ability to prevent others from doing so.

Advantages of Patent Registration in India 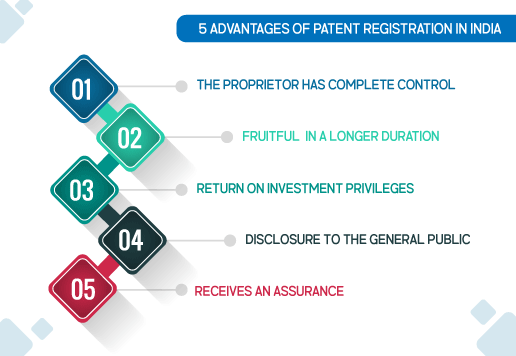 For the Patent, the owner has the right to utilize his ideas in whatever way he wants. It means that the proprietor has complete control over the use, sale, and modification of the original invention, as well as the ability to prevent others from profiting from the same ideas without his permission.

The creator will profit in a variety of ways from the selling of the innovation. It only aids in obtaining a 5 percent royalty, but it is extremely beneficial to innovators who have a great idea but lack the financial means to put their invention to market.

When the owner realizes that his innovation is not bringing him any benefits, he may decide to give it to another deserving or successful individual. The patent rights, once obtained, enable him to commercialize the concept and earn a considerable return on his investment.

Patent rights allow the inventor to gain public attention, which helps him extend his portfolio while also raising cash, market value, and possible business partners. The inventors’ competence and command of the technical subject matter are demonstrated by their willingness to share information about the invention with the general audience. All of these factors work in the owner’s favor by attracting top-tier investors, shareholders, business partners, and customers.

The benefits of patent registration begin to accrue to the inventors from the first step, which is the submission of the patent application. As soon as the applicant files the Provisional Patent Application, he receives an assurance that no other person or company will be able to claim ideas identical to his invention.

Points to keeping mind while filing the Patent

Know More: All about Patent Laws in India

The term “PCT International Application” refers to an application that is filed in numerous countries by the applicant. This application can be filed in a total of 142 countries. In addition, claiming protection in each country will take roughly 30 to 31 months, commencing from the date of International Filing.

A new application submitted with the Indian Patent Office is referred to as an “Ordinary Application.” Furthermore, the application’s filing and priority dates are the same in this situation.

The term “PCT National Phase Application” refers to an application for protection made by the applicant in India, as well as other countries. Starting from the date of International Filing, the applicant must file the application to the Indian Patent Office within 31 months.

FAQs on Patent Law in India

1. What can be protected by a Patent?

A patent can be issued for a new product or technique that involves an innovative step and is capable of industrial use. It must not, however, fall into one of the non-patentable categories listed in sections 3 and 4 of the Act.

2. In India, who issues Patents?

The Indian Patent Office, also known as the Controller General of Patents, Designs, and Trademarks (CGPDTM), is an institution within the Department for Promotion of Industry and Internal Trade that administers Indian patent, design, and trademark legislation.

3. Who is eligible to file for a Patent?

4. How can I register for a patent application online?

The user must get a Class II/III digital signature in order to register for the filing of a patent application. After acquiring the digital signature, the user can create a user ID and password and register on the CGPDTM website.

5. Is the information about the invention kept secret by the Patent Office?

Yes. All patent applications are kept confidential for 18 months from the date of filing or priority date, whichever comes first, before being published in the Official Journal of the Patent Office, which is available on the IPO website, and also published every week. The public can inspect the documents after they have been published and can also obtain a photocopy of them for a fee.

6. What cannot be Patented in India?

An insignificant or irrelevant creation cannot be Patented in India. An invention that claims something that is clearly in violation of well-established natural rules. The discovery of a scientific principle on its own. Furthermore, an invention whose principal objective or planned application is illegal, immoral, or harmful to public health.

Patent registration is an excellent approach to safeguard your creation for at least 20 years. It is pretty expensive, but it comes with numerous advantages, like as intellectual property rights, legal protection, wealth development, and so on.