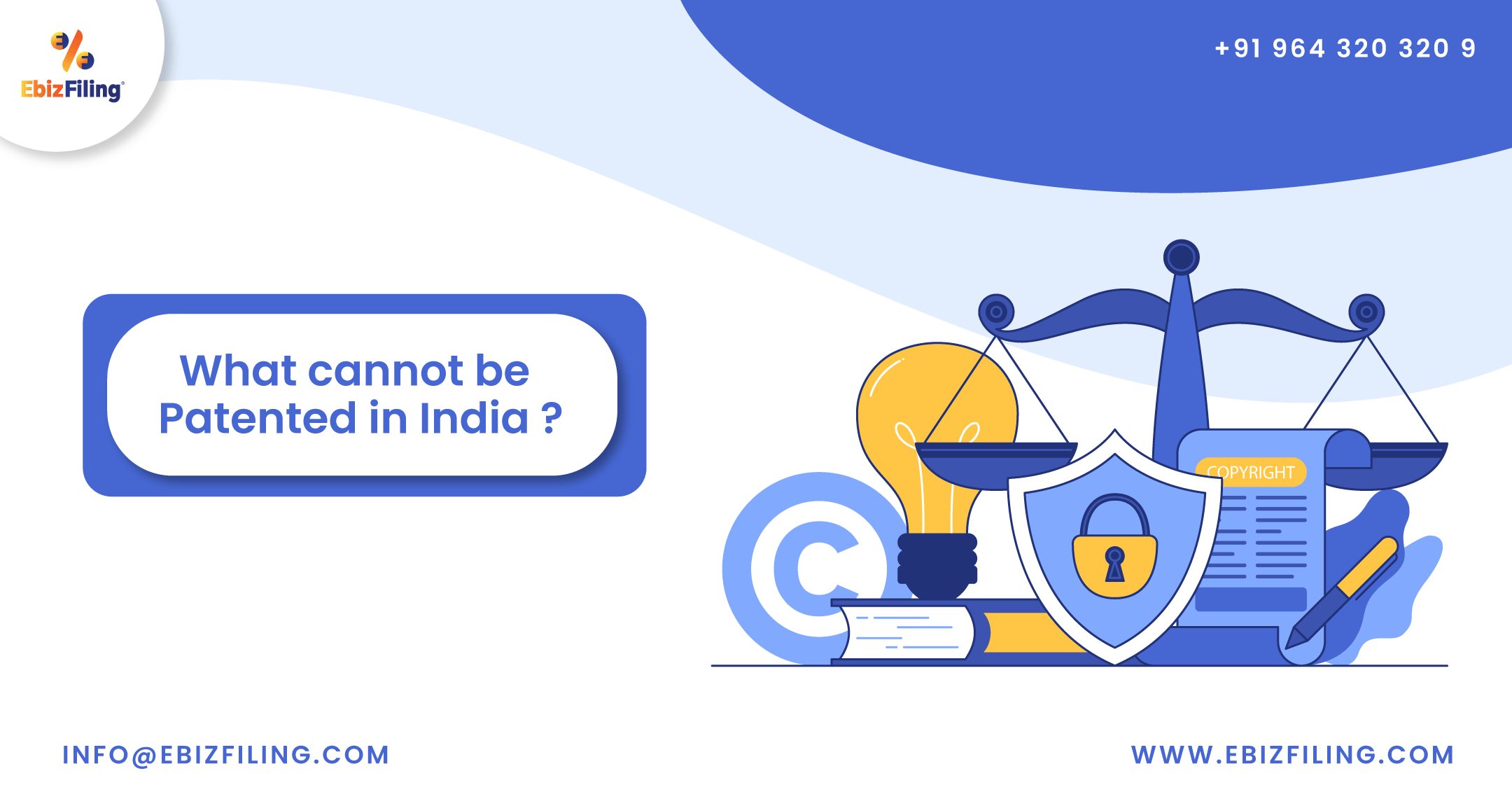 A complete guide on “What Cannot Be Patented in India?”

What cannot be Patented in India? And process on “How to apply for a Patent in India?”

For a set period, a Patent gives you the exclusive right to prevent anyone from producing, selling your invention, or using it. Obtaining a Patent is the first action an investor should take to protect his or her innovation from being misused. This article includes information such as “What cannot be Patented in India?”, Benefits of filing a Patent in India, and “How to apply for a Patent in India?”.

For an invention to be Patentable in India, it must be a novel product or technique that involves an innovative step and maybe manufactured or employed in the industry. In order to be Patentable, the invention must also meet certain requirements relating to novelty, inventive step, and industrial usefulness. Before going towards “What cannot be Patented in India?”, Let’s have a quick look at “What is Patent?”

A Patent is a sort of intellectual property that grants its owner the legal right to prevent others from creating, using, or selling an invention for a set length of time in exchange for the invention’s enabling disclosure being published.

Benefits of filing a Patent in India

Information on “What cannot be Patented in India?”

According to Section 3 and 4 of the Indian Patent Act, below are the innovation that cannot be Patented in India:

In India, there are a few other innovations that are not Patentable:

Process on “How to apply for a Patent in India?”

India is a country that recognises the value of robust Patent systems in advancing industry and trade and bringing it up to speed with the rest of the world. The number of Patent applications has increased since the Indian Patent legislation was enacted. Sections 3 and 4 of this act (which include non-Patentable inventions) have served as a filter to determine what qualifies as an invention. Patents are only granted to novel and beneficial innovations.