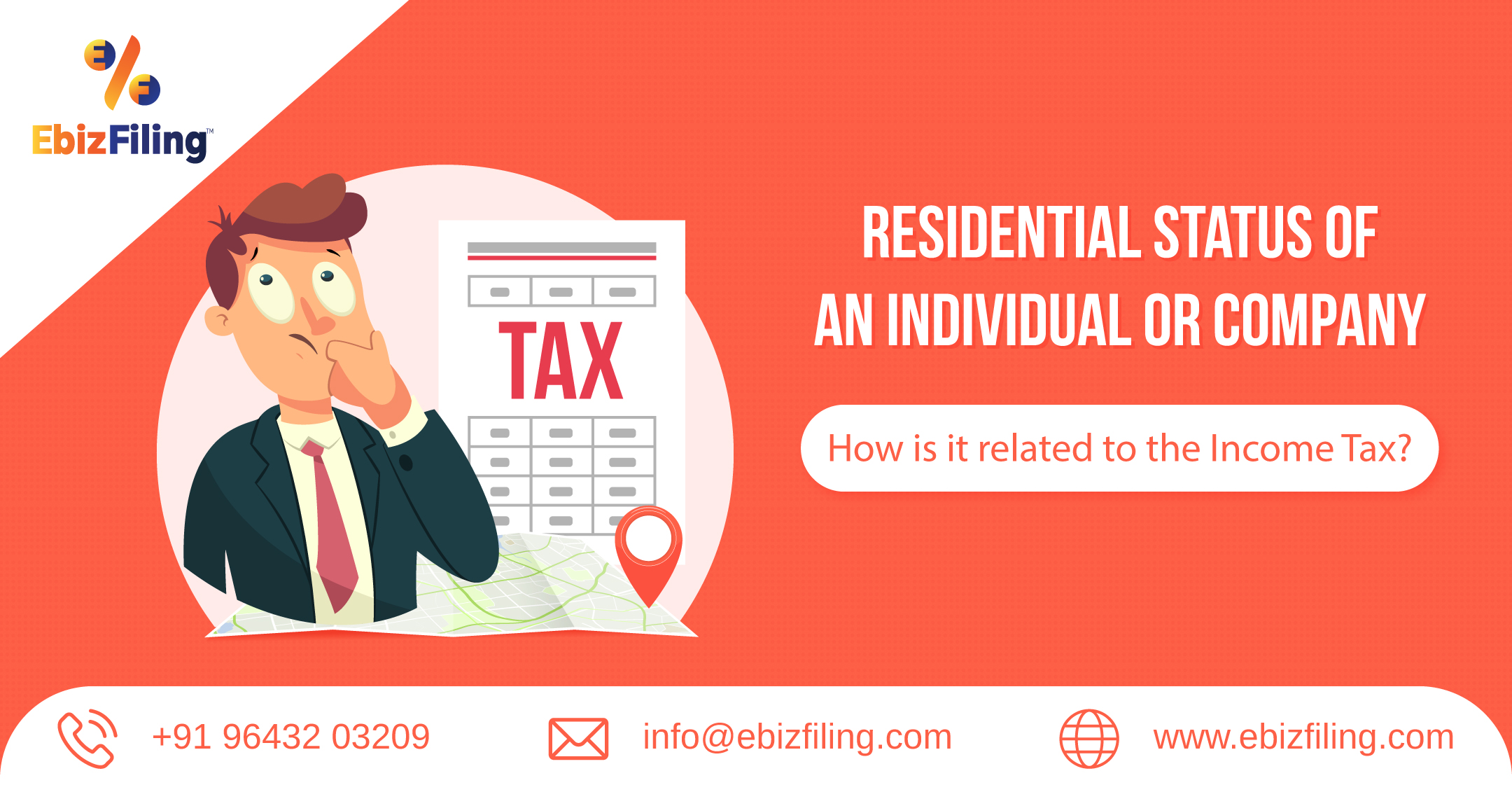 How Residential status of an Individual or Company determined for Income Tax Purpose?

To determine the liability to pay income tax in any country by a person, first we need to determine the residency of such person based on which its tax liability will be decided and if a particular person fits in to the criteria decided by the laws of that country then he will be deemed as the resident of that country for such laws. Citizenship of any country will not be affected by the residency of any country for the income tax. When we talk about the residential status of an Individual or a company in India for any particular year it will be decided based on the provisions of the Income tax Act, 1961.

What is residential status?

How to determine residential status for the Income Tax purpose?

Income tax Law has divided the person into three categories as follows:

If an individual satisfies any of the below criteria, then he will be recognized as resident of India for the purpose of income tax laws. The conditions are as follows:

Resident and ordinary resident (Criteria – OR)

If a person fulfills any of the above criteria then he will become resident of India, but to become an ordinary resident person needs to fulfill another two conditions mentioned as below:

Resident but not ordinary resident (RNOR)

A company can be said to be resident of India for the purpose of Income tax laws if:

Informative Read: How to file Income Tax Return for an NRI?

Why is the residential status important for Income Tax purpose?

Be it resident or non-resident, Income Tax Return filing is easy and seamless with Ebizfiling. File yours now.