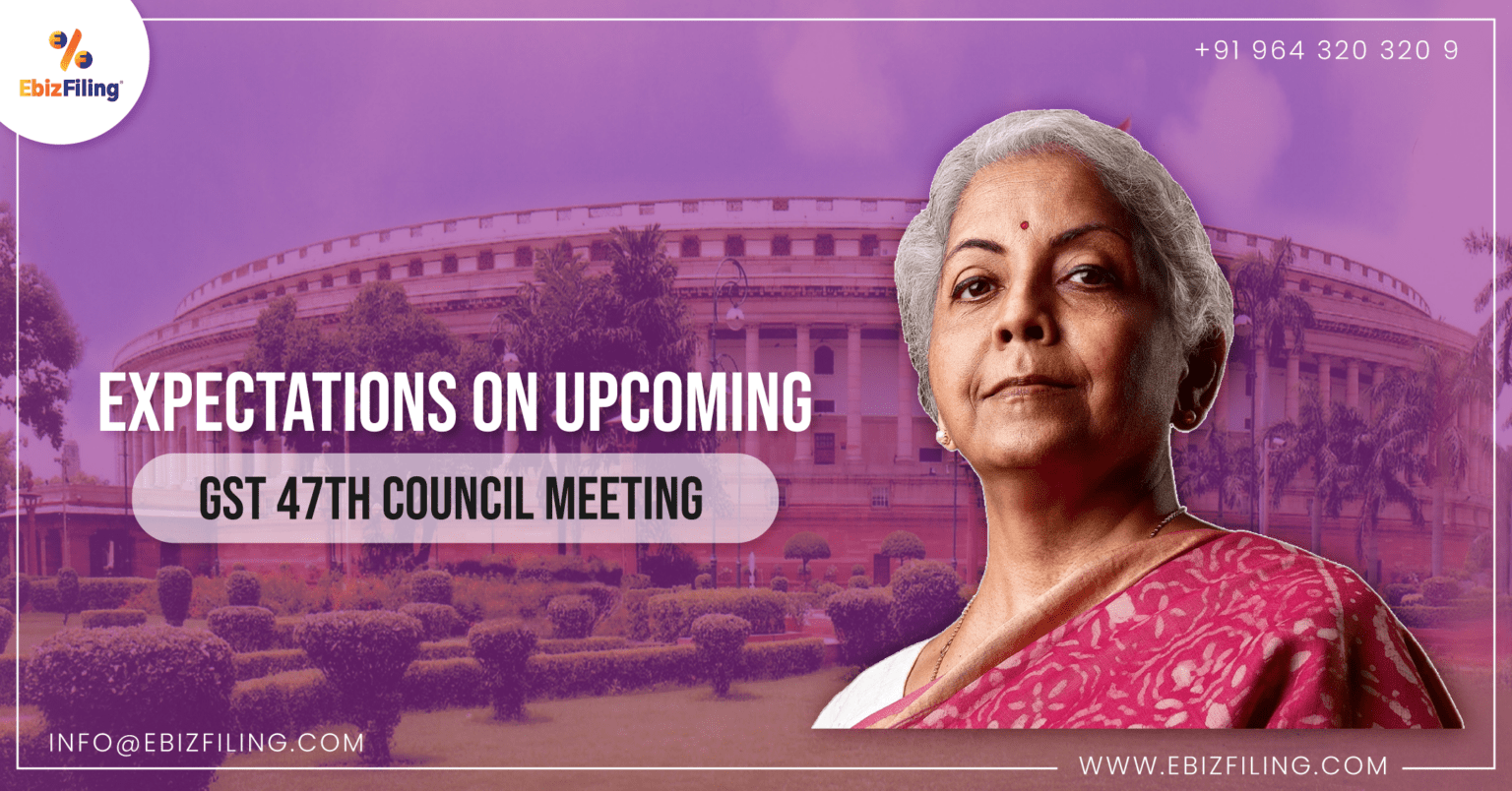 What can be expected from the upcoming 47th GST Council Meeting

In a Post-Budget Interaction, Finance Minister Nirmala Sitharaman informed industry stakeholders that the next meeting of the 47th GST Council Meeting will address the subject of including aviation turbine fuel under the Goods and Service Tax (GST). 47th GST Council meeting likely to be held in next month i.e. May.

The GST (Goods and Service Tax) Council is the apex decision making body comprising the Union Finance Minister, Union Minister of State in charge of revenue, State Ministers in-charge of finance and deliberate on important issues related to inclusion or exclusion of products and services under GST Tax Net, threshold limits, Model GST laws, GST rates including the floor rates with bands, among others.

Finance Minister (FM) Nirmala Sitharaman stated that the union will push for the inclusion of jet fuel in the GST 47th council meeting, since it is a critical input for the struggling aviation industry. The government’s stance on jet fuel will be debated at the upcoming 47th council meeting under the GST (Goods and Services Tax).

According to the FM Nirmala Sitharaman, the government is keeping an eye on global inflationary tendencies. “As you’ve pointed out, it’s not just about me when it comes to GST. It must be submitted to the GST Council. So, the next time we have a council meeting, I will put it on the table for them to discuss.” Jet fuel is not one of the five commodities that were not included in the GST (Goods and Service Tax) study.

Other commodities that were placed on hold at the last GST council meeting, such as raising the tax rate on some textile products, petrol, diesel, natural gas, and crude oil, may be discussed at the 47th GST meeting. The minister stated that the government was monitoring global inflationary pressures and that the Indian economy would not be allowed to encounter problems due to a lack of any form of preparation.

Also, there will be a discussion on the tax charged by the Central Government on an excise duty of 11%, additionally the states’ levying of a value added tax on the sale of aircraft turbine fuel. While some states have reduced their value added tax by 1 to 4%, others continue to impose up to 30%.

The minister went on to say that there is nothing lacking in the divestment process. The city council is more concerned. Instead, she would approach it and force it to end soon. “I was interested in completing the commitments in the previous year’s budget” she stated. In FY23, the government had a target of INR 65000 Crore. It does, in fact, lower the divestment target for FY22 from INR 1.75 trillion to INR 78000 Crore.

One thought on “All Expectations in Upcoming 47th GST Council Meeting”