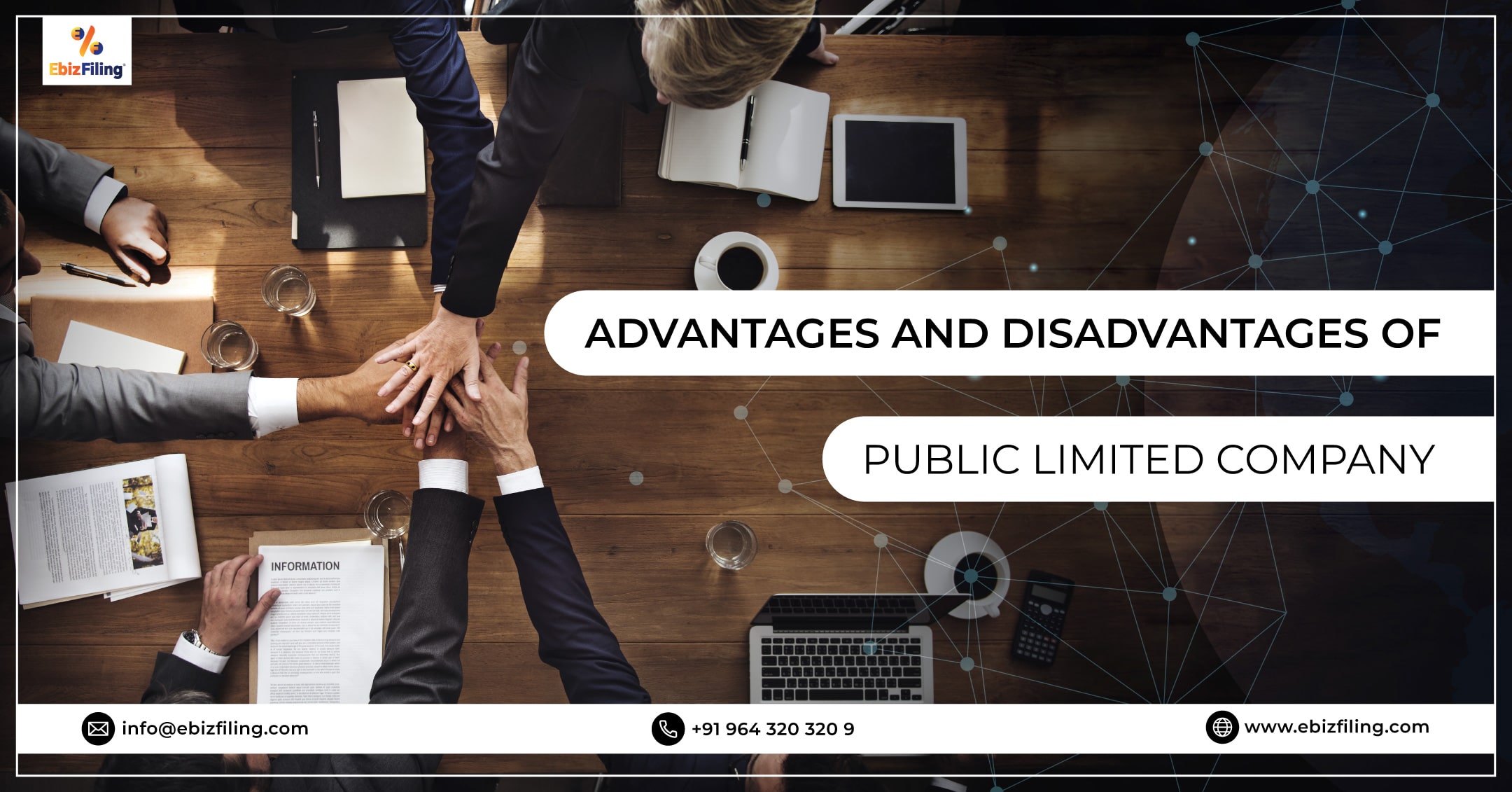 A complete guide on Public Limited Company Advantages and Disadvantages

What is a Public Limited Company?

Under the Company Act 2013, a Public Limited Company is one that has limited liability and sells shares to the public. Anyone can buy its stock, either privately through an Initial Public Offering (IPO) or publicly through stock market exchanges. A Public Limited Company is governed by tight regulations and must disclose its true financial health to its shareholders.

A public corporation has the ability to attract more investors than a private limited company. Because of various characteristics, including transparency, banks and other financial institutions are more willing to provide financial support to a PLC. A public limited corporation has a higher chance of obtaining favourable interest rates and loan repayment arrangements.

To retain shareholder trust and transparency, the corporation makes full disclosure to the public, making concealment impossible to sustain. Because the public is involved in decision-making, the corporation is unable to maintain confidentiality.

The expense of registering the corporation as a public company is enormous. To launch a public firm, a significant amount of money, time, and procedures must be followed. The company’s profit is determined by the investment you make.

Flexibility is always a plus for any firm, but there is no such advantage in the case of a public company. Every public company is bound by rules and regulations, resulting in a lack of operational flexibility.

Wish your shares to be freely traded & sold in the public ? Public Limited Company is for you.