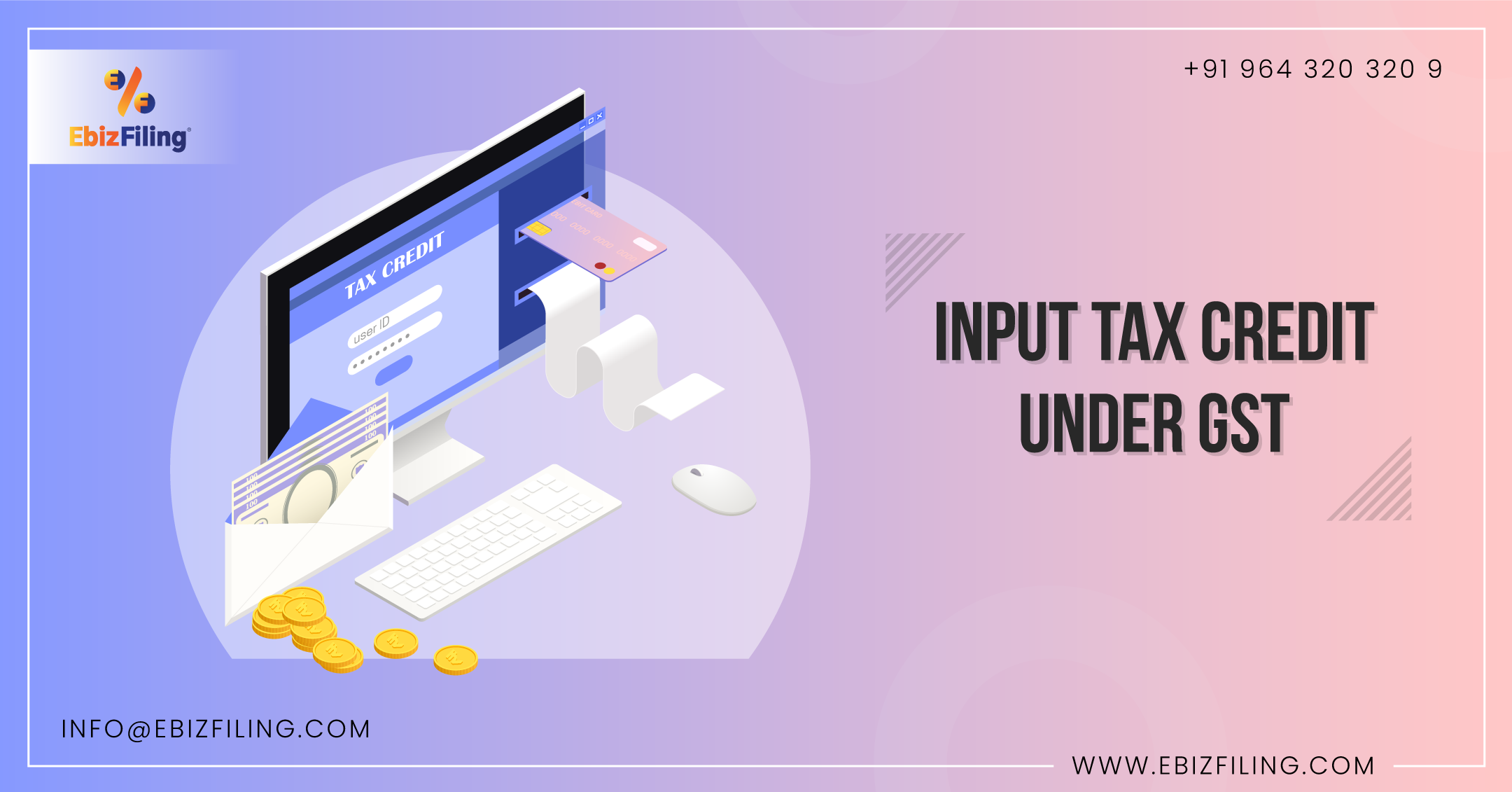 All about Input Tax Credit under GST

Know Everything about Input tax credit & claiming ITC under GST

When we purchase something we pay the tax for that particular product or service. Now in the case of the manufacturer, or a person who is not an end-user shall have to pay tax on the total amount of the sale made for a year. Now the manufacturer can deduct the tax that he already paid for the goods from the total amount of services which is referred to as Input Tax Credit. In this article, we have discussed Input Tax Credit under GST.

What is Input Tax Credit?

The tax already paid by a person at the time of purchase of goods or services and which can be deducted from the tax payable is referred to as Input Tax Credit. Input credit refers to the ability to deduct the tax you have already paid on input while paying tax on output.

What is Input Tax Credit in GST?

Manufacturer, E-commerce operator, supplier, agent, and any other legal entity who is involved in the input credit mechanism, will be eligible for claiming input credit for the tax paid by the payer on a purchase. in simple terms, input credit in GST means the taxpayer can claim Input Tax Credit for the amount they paid at the time of purchase.

The procedure for claiming Input Tax Credit under GST

1. Is it possible to treat GST paid on a reverse charge basis as input tax?

Yes. The tax payable under the reverse charge is included in the definition of input tax.

2. Which form will be needed for Input Tax Credit under GST?

Input Tax Credit is claimed using GST Form ITC-01, which is a declaration form. An Input Tax Credit allows a taxpayer to claim the amount of GST already paid when making a GST payment to the government that was received from customers.

3. Is there any time limit for availing of Input Tax Credit?

After one year from the date of issuing of the tax invoice relating to such supply, the concerned person cannot claim ITC in cases of the shift from the transition from exempt to taxable supplies, new registration, or change from composition to normal scheme.

4. Can we claim Input credit under GST for electricity bills?

No, a taxpayer can only claim for the services and goods for the aim of production of output, it cannot be claimed for the input services or goods.

5. Can we claim an Input Tax Credit refund?

Yes, one can claim for the Input Tax Credit refund of unutilized ITC on a monthly basis.

6.  Can we claim ITC for the bank expenses or charges?

Yes, it can be claimed by the taxpayer if the expenses are paid for business purposes.