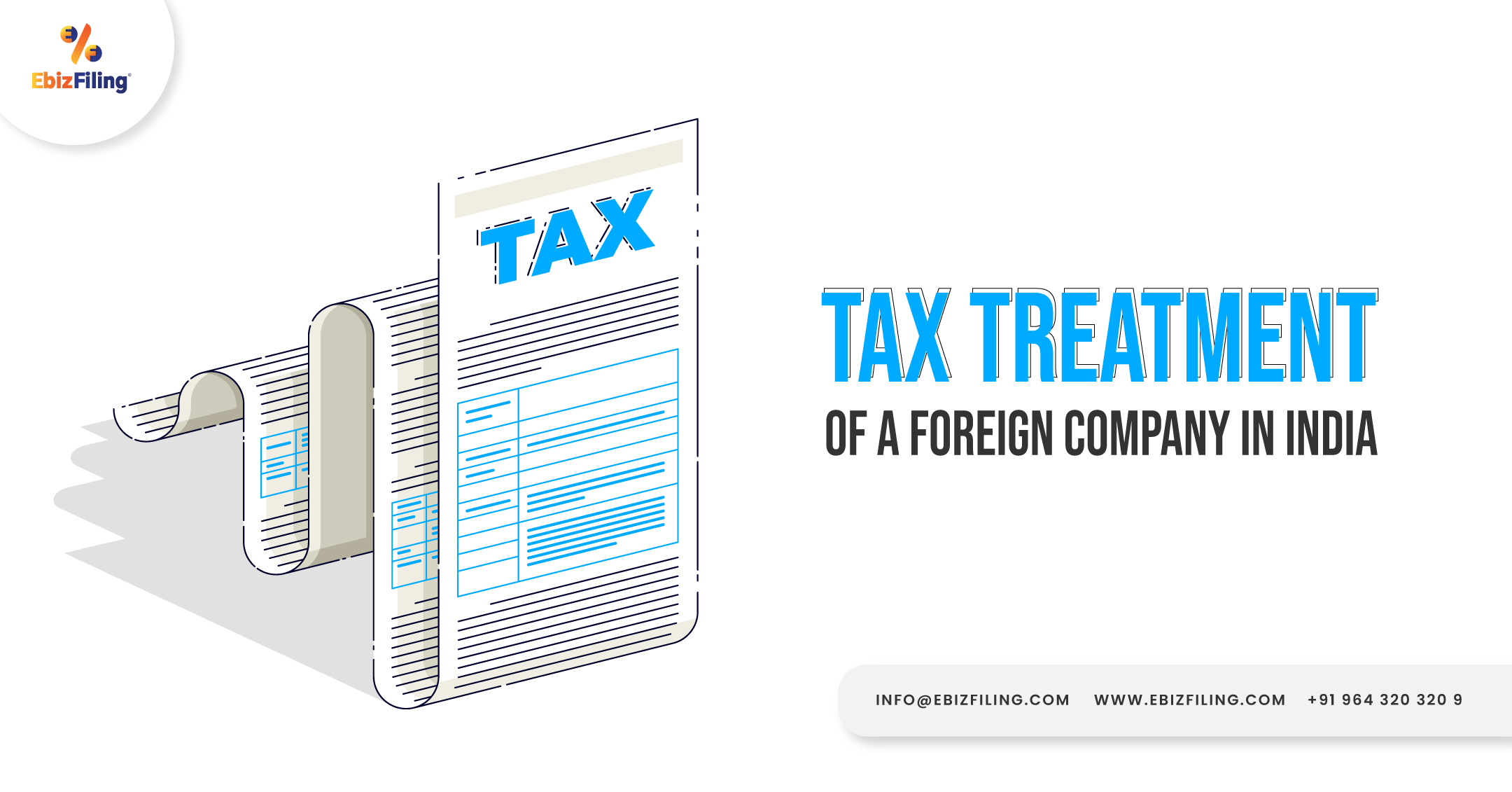 Tax Treatment of a Foreign Company in India, Planning and Strategy for tax implications on Indian Subsidiary

While a non-resident company will only be taxed on income received, accumulated, or arising in India, a company having residential status in India will be taxed on all of its worldwide income, whether earned in India or outside of India. Every foreign company that establishes operations in India is regarded as an Indian subsidiary, so compliance with income tax laws is crucial for foreign businesses.

Tax Treatment of a Foreign Company in India

Regarding the taxation of foreign subsidiaries in India, there are a few important considerations. First, the corporate tax rate that is often applied to foreign-owned businesses in India is 40%. This tax is levied on the income of international enterprises.

However, in a few exceptional circumstances, this rate might be decreased. For instance, the tax rate could be lowered to 20% if the international company had it’s headquarters in India. Additionally, the tax rate maybe lowered to 15% if the foreign business has made sizeable investments in India.

The requirement for Indian subsidiary companies to withhold taxes on profits sent to their parent companies should also be taken into account. The standard withholding tax rate is 15%. However, if the parent firm is located in a nation with which India has a double taxation agreement, it might be decreased.

It is also important to note that there are a number of exclusions and deductions that can be used to reduce the tax that is owed by foreign companies in India. For instance, foreign businesses may not be required to pay taxes on earnings from the export of goods or services. Deductions might also be possible for costs like interest payments or research and development.

Forms that are applicable to the Foreign Company in India

Indian taxes of foreign subsidiaries can affect firms in a number of ways. To make sure that your company is compliant, it is critical to grasp the tax laws and regulations.

One of the main effects is that branch profits taxation is applied to foreign subsidiaries. The profits of the subsidiary, which are ascribed to the Indian operations, are subject to this tax. The net gains after subtracting expenses are subject to a 20 percent tax rate.

It therefore follows that a foreign subsidiary’s dividend payments to its Indian parent firm are subject to Dividend Distribution Tax (DDT). DDT is charged at a rate of 15% and is due on the total amount of dividends that the subsidiary has declared.

Planning and Strategy for tax implications on Indian Subsidiary

The recent changes made by the Indian government to the tax regulations governing overseas companies are a step in the right direction for encouraging investment and national economic development. To make the tax system more business-friendly, there are still a few problems that need to be resolved.

The difficulty in deducting costs incurred by foreign companies in India is one of the major problems. According to present law, only costs “incurred primarily for the purpose of producing revenue from sources in India” maybe written off. It is a particularly onerous clause that contradicts the fundamentals of international taxation, which support a more lax approach to deductions.

The requirement that foreign subsidiaries deduct taxes from dividend payments made to their foreign parent corporations is another problem. This burdensome barrier makes it challenging for international businesses to invest in India. The government should think about exempting foreign businesses from this requirement or at the very least offering a procedure for getting back taxes that have already been withheld.

In general, the recent modifications to the tax legislation regulating overseas subsidiaries are a positive step. However, more changes are required to make the system more welcoming to investors and supportive of economic expansion.

If each of the following criteria are satisfied, foreign corporations do not need to file their tax returns in India:

If both of the requirements described above are satisfied, the foreign corporation is exempt from filing a tax return in India.

Filing of Income Tax return is necessary if you have earned any income. File your ITR with EbizFiling at an Affordable Price.