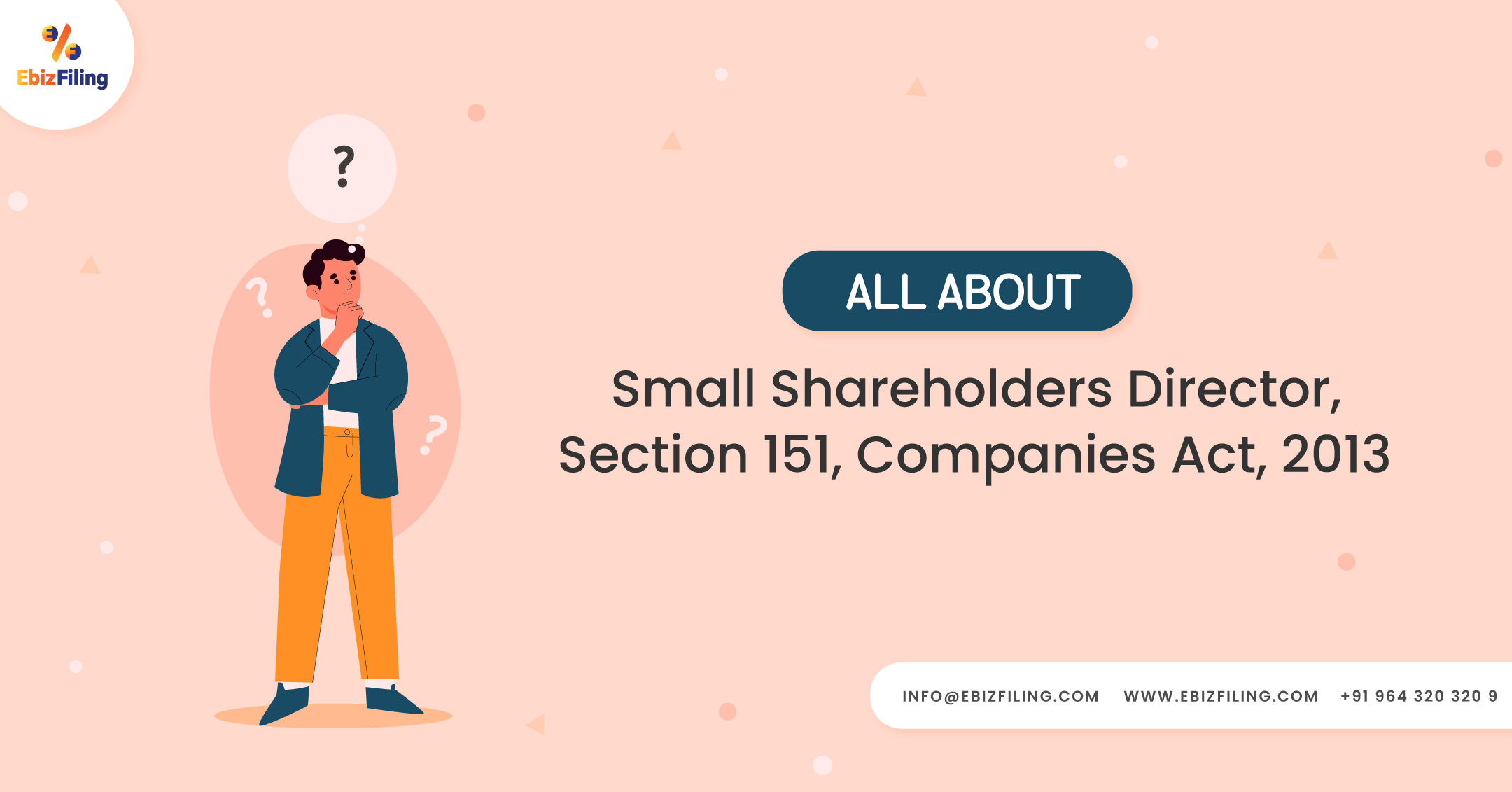 Process to Appoint Small Shareholder Director of a Compan

A resolution for the appointment of a Small Shareholders Director should be passed at the general meeting after the preceding formalities are completed. Finally, a postal ballot will be used to elect the small shareholder nominee.

Reason for Vacation of Office

A small shareholder director may resign if one of the following conditions exists:

1. What is the tenure of appointment?

2. Is it Possible for a Small Shareholders Director to Serve in Another Company?

A Small Shareholders Director is allowed to serve two firms at once, but not more. This is subject to the caveat that a small shareholder director cannot occupy the same position in a firm that competes with the one he or she is currently representing.

3. Is being a small shareholder director required?

4. Is it possible for directors to make decisions without the input of shareholders?

As stated in the Statement of Objects and Reasons, the purpose of including this concept in the Company Act of 2013 was to defend the interests of small shareholders. Small shareholders who wish to propose a candidate for the position of small shareholder director must give the company written notice of their intention at least fourteen days prior to the meeting, including the name, address, number of shares held, and other necessary information of the person whose name is being proposed for the position of director.

Easily conduct auditor’s appointment procedure in your company. Get it done through EbizFiling.com.