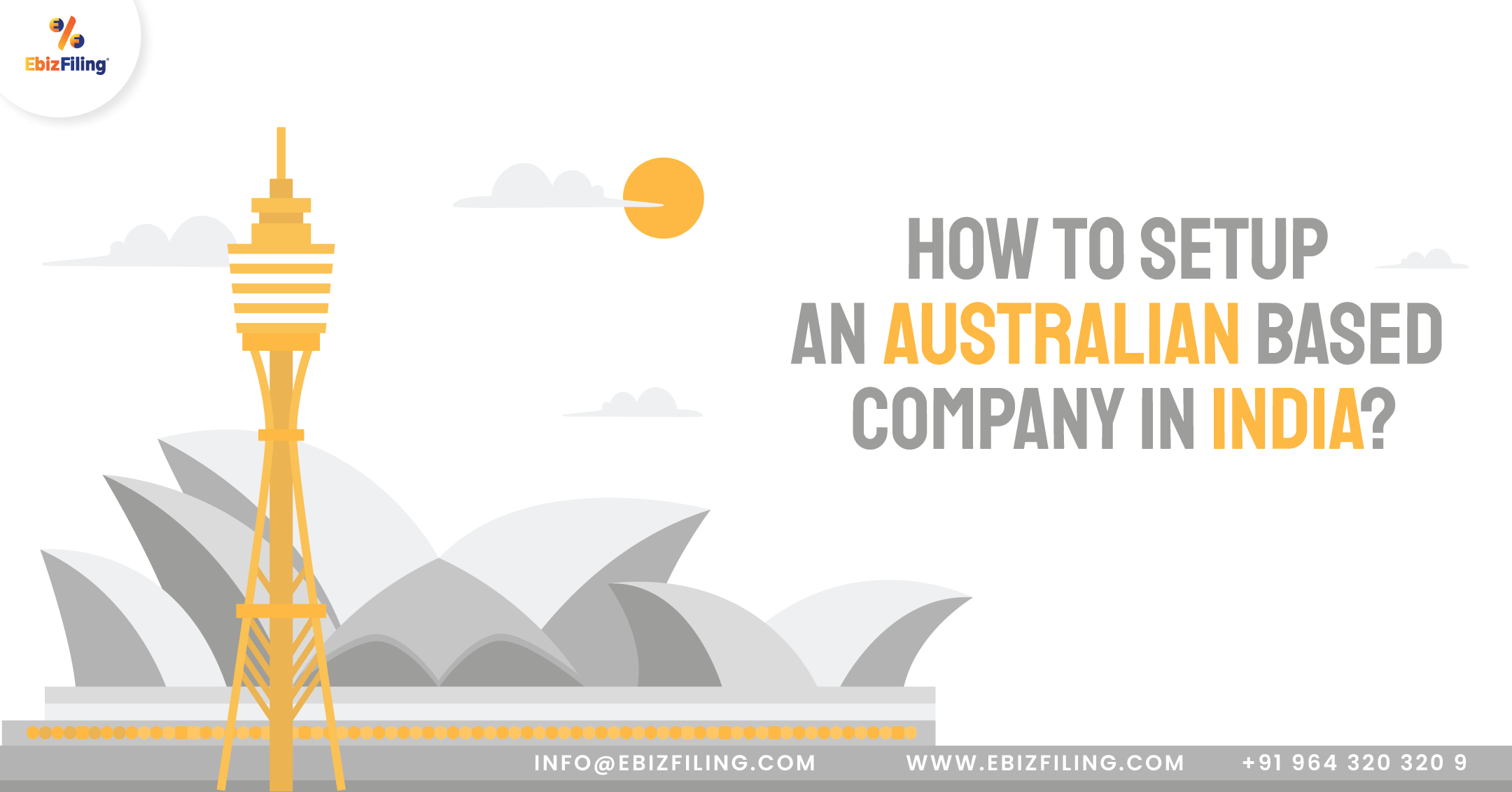 All about Company Registration in India from Australia

One of the economies with the fastest growth rates in the world, India offers a wealth of startup chances. In order to take advantage of India’s competitive advantage, many new firms are constantly attempting to enter the Indian markets or to grow their current enterprises. The Companies Act, 2013, regulates all such entities and requires them to register, whether they are international businesses considering setting up company in India. In this article advantages on Company registration in India from Australia, Documents for setting up Australian Company in India, and different business ways to register an Australia company in India.

India and Australia, which are linked by the 3Cs—Curry, Commonwealth, and Cricket—were under British dominion and carried over a parliamentary style of government. Both nations share a number of similarities that provide a solid platform for increased cooperation and complex interaction similar to what India has established with other western nations.

Both nations are members of regional organizations including the ASEAN Regional Forum and the Indian Ocean Rim Association for Regional Cooperation. Since India’s economic reforms in the 1990s, the connection has strengthened and become more significant. It has advanced quickly in every sector, including trade, mining, science and technology, energy, information technology, and education.

Advantages of setting up Australian Company in India

India has the second-largest population in the world and the third-largest GDP in Asia. The potential Indian markets hold for any type of commercial operation is sufficiently explained by this remark. Additionally, you can gain access to significant consumer markets by taking advantage of the numerous FTA (Free Trade Agreement) and DTAA (Double Taxation Avoidance Agreement) that the government has signed.

In case of Indian Subsidiary, FDI is allowed 100% without any prior permission However it requires posts facto filing/intimation to the Reserve Bank of India. Parent Company (based in any part of the world) can retain 100% effective ownership of its Indian Counter-part.

Documents for setting up Australian Company in India

Different Business ways to register an Australia company in India

The two main ways for Australian companies to set up in India:

RBI and/or government approval is required for Branch Office, Liaison Office, or Project Office Registration. As a result, registering a branch office, liaison office, or project office for a foreign company will cost more money and take more time than forming a Private Limited Company. Additionally, foreign nationals are not permitted to operate a project office, liaison office, or branch office. As a result, this approach can only be used as a foreign companies’ India entry strategy.

Creating a business in India is an easy online process. India, as one might imagine, is a country with boundless potential and a highly skilled workforce. It has never been easier, cheaper, or faster to invest and start a business in India. Anywhere in India, a wholly-owned Indian subsidiary can be established. There is no state-specific regulation in India for registering a business. The Indian Subsidiary Set Up is governed by a single national statute.

Register Your business in India from Australia

In India, you can register your company from anywhere around the world and retain 100% ownership of your business. Register a Company in India from Australia with Ebizfiling.