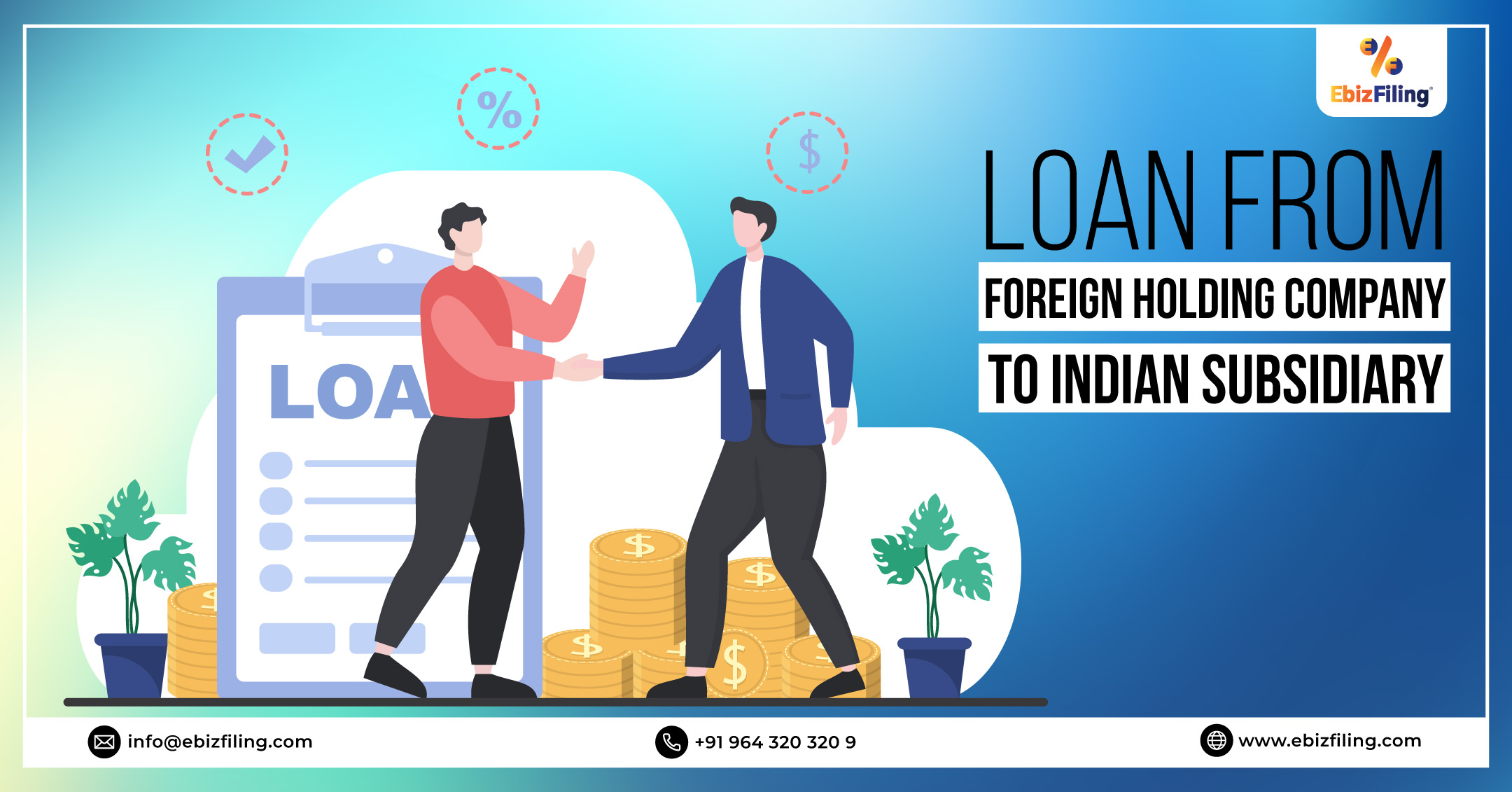 A company would need to acquire loans to service the needs of working capital in order to improve its liquidity situation. The Foreign Exchange Management Act of 1999 governs borrowing from foreign firms or non-resident Indians. Many firms all across the world are strengthening their finance strategies by relying on loans from foreign companies as a result of the effects of globalization. Indian businesses and organizations are eligible to apply for loans from overseas corporations. In this article information such as Loan from foreign holding company to an Indian subsidiary, FEMA Regulations on borrowing loans, Loans from NRI to Indian Company, and reason for borrowing loan from foreign holding company.

Loans from NRI to Indian Company

To borrow money from an NRI, the resident Indian or Indian company must speak with the authorized dealer.

For the purpose of obtaining the loan for the business or the resident Indian, the authorized dealer will manage all remittances on behalf of the NRI. The RBI permits a person to borrow money in foreign currency from a person outside of India in certain circumstances.

Below are the circumstances in which a person can borrow money from a Non-resident Indian:

Companies that are eligible to take loan from NRI:

Borrowing Loan from foreign holding company to an Indian subsidiary

In addition to authorized dealers, eligible businesses that are permitted to borrow loans from foreign corporations in the form of ECB include Companies Partnership Firm, LLP (Limited Liability Partnership) and Any Other Entity Regulated and Permitted to Borrow ECB (External Commercial Borrowings).

An individual residing in India is permitted to borrow loans, overdrafts, and other credit-related facilities from a bank operating outside of India. This option is available to people exporting goods. The technology can be utilized to execute any kind of turnkey project or civil construction in addition to exporting goods and services.

People are permitted to borrow up to $250,000 from relatives outside of India. The RBI periodically modifies the maximum loanable amount. The borrower’s borrowing must adhere to all applicable regulations pertaining to the Government of India.

Financial institutions, banks, and businesses engaged in the financial industry are permitted to obtain loans from foreign corporations. These loans may be utilized for borrowing. Borrowings that are raised in the form of ECB must adhere to the rules outlined in Schedule I of the present regulations.

It is permitted to borrow using trade credit. According to the Foreign Trade Policy (FTP) of the Director General of Foreign Trade (DGFT), importers are permitted to get trade credit for the importation of capital goods or non-capital commodities. The requirements of Schedule II of the present regulations must be met by this.

The RBI has published rules for obtaining loans from international corporations. The former regulations for borrowing loans from overseas corporations were modified in 2018 by new legislation. The definition of ECB, which is governed by a different regulatory framework than RBI, was determined by the 2018 regulations. Loans taken out by resident Indians or Indian corporations must adhere to the applicable foreign exchange regulations.

Do you wish to get Foreign Direct Investment in India? Get your FDI through Automatic route or FDI through Approval route in India with Ebizfiling.com.